REMOVING BARRIERS FOR PEOPLE WITH DISABILITIES

SURVIVING CANCER AND BECOMING A BEACON OF HOPE 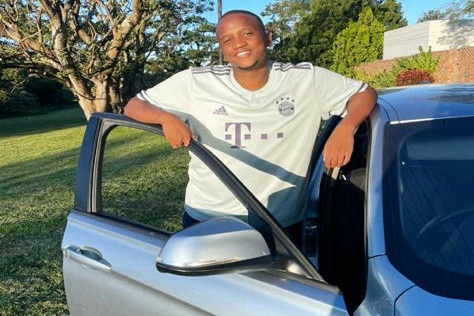 Liyabukwa Tywakadi is an ambitious 20 years old young man from East London, in the Eastern Cape. He is currently a student at the University of KwaZulu Natal, pursuing a Bachelor of Arts in Philosophy, Politics, and Law. Liyabukwa was born with a disability called Amniotic Band Syndrome, a rare birth defect in which fibrous bands of the amniotic sac get tangled around a developing fetus and cause an injury.

“This happens when there’s a rupture in the sac(amnion). This rapture occurs randomly and is not related to anything a mom did or didn’t do during their pregnancy. It is also not caused by a genetic condition. The amniotic bands wrap tighter around body parts and limbs which lead to limb deformity, webbed fingers, and toes (that’s what happened to me),” Liyabukwa tells Rise N Shine. 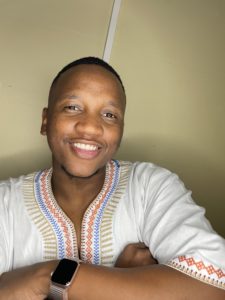 Growing up, Liyabukwa’s family made sure they didn’t treat him differently from his younger sister. He said his parents always gave their children equal love and attention.  “To this day, whenever I’m at home I never feel that I’m disabled. The only time I feel disabled and different is when I’m in the public eye. Whenever I wore shorts and sandals, I would just have every single person looking at my legs and they would literally stop what they were doing and just stare at me. ’It felt uncomfortable. I wouldn’t describe how I would feel and to be honest, till this day I refrain from wearing short pants and sandals in public,” he said.

One thing Liyabukwa loved very much was hockey. In primary (specifically in Grade 6 and 7) he had a coach who truly believed in him and will forever be grateful for him, his name is Mr. Nel. Couch Nel. He made Liyabukwa feel capable of many great things in the sport of hockey.

“Under his guidance, I didn’t feel that I was disabled or anything. In fact, he pushed me to the point where I won trophies. I remember one tournament which was held in Oakhill near Knysna. I was voted as the “MVP” of the tournament in 2015 and later that year at the school prize-giving, I won a trophy for hockey. This changed in high school, a new coach came in and this coach now took away all the confidence I  had and just made me feel like I was different again,” Liyabukwa added.

“He never selected me for any games and that truly made me feel down and in my mind, I had already made the conclusion that this coach didn’t choose me because I am disabled, it’s obvious that I won’t be able to run as perfect as my teammates or hold the hockey stick as firm as the other players who have full fingers. 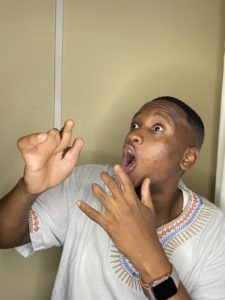 Because of the coach, the school became miserable, the one thing that brought me joy was taken away from me. I pray that any disabled child who has a passion for something does it and not let anyone tell her/him they can’t amount to anything because they are disabled,” he said.

Liyabukwa revealed that he used to get in many physical fights due to people teasing him. As every person has a boiling point, unfortunately, he had to fight at school which he knew was flagrantly wrong.  There were little kids who saw Liyabukwa and emulated his wrong actions, which was not something he wanted to portray.

“I would truly love to thank a special teacher called Mrs. Bachar. She was not just a teacher to me, but my second mother. A great listener and adviser. Whenever I was angry about something or had something that was going on in my life, she would be the first person I went to. I will always be grateful for her and I have a lot of love for her. The last teacher I want to thank is Mr. Gerald White, what a man he was! Mr. White truly brought out something in me that I never knew I had, and that’s being able to debate and be a leader. I will never forget in matric when Mr. White asked the class what he said, 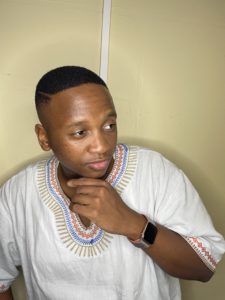 “Liya, you would hurt me if you don’t become the President of South Africa” you can imagine the joy I felt after hearing those words, being a guy with these challenges living in a society that doesn’t approve of you, and then you hear those words!” he recalled.

He hoped that his story became a source of inspiration to many other disabled children and those without any disability too.  “Even if you don’t have a disability, you can maybe look at disabled people in a different perspective and actually try to accommodate them in many ways,” he concluded.